Information contained on this page is provided

MEDINA, Ohio, June 25, 2014 — The National Necrotizing Fasciitis Foundation (NNFF) today announced a campaign to raise awareness of the tragic inadequacy of the current standard of care for necrotizing fasciitis, or ‘flesh-eating’ infection -and to push for the adoption of new treatments for this deadly condition. “Too many people are losing their lives or their limbs because the current standard of care simply doesn’t work,” said Jacqueline Roemmele, executive director of the NNFF. “But there is a promising new treatment that doctors can adopt.” 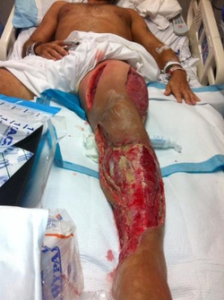 NNFF calls on medical associations like the Association for the Advancement of Wound Care and the American Professional Wound Care Association, to review the evidence supporting the use of new approaches to treatment, and then work with the NNFF on guidelines for their members to improve the standard of care. It also asks the federal government’s Centers for Medicare and Medicaid Services (CMS) to evaluate new treatments for necrotizing fasciitis and to approve their reimbursement under Medicare and Medicaid. “These steps will help reduce the tremendous toll that necrotizing fasciitis is taking on patients and their families,” said Roemmele.

Necrotizing fasciitis can start with just a minor cut or a scrape. What happens is that bacteria, typically Streptococcus, get under the skin and begin to spread. Then, toxins produced by the bacteria and the body’s own immune response eat away tissue. Even with aggressive treatment with antibiotics, the mortality rate is as high as 20 percent. Surviving victims usually lose feet, legs, hands, arms or other body parts. The

Centers for Disease Control estimates there are hundreds of cases a year in the U.S. But based on reports to the NNFF and on other evidence, many experts believe the incidence is far higher. In the current standard of care, doctors flood the body with heavy doses of intravenous antibiotics, while cutting away the dead tissue. The problem is that the toxins typically keep eating away tissue, requiring more and more surgery. That’s why so many limbs end up being amputated. “We founded the NNFF in 1997 to provide information and support to patients and their families,” said Roemmele, herself a victim of the disease. “But it’s been heartbreaking and frustrating that the long-time standard of care has been so tragically inadequate. Every single day I get calls and emails from yet another missed or misdiagnosis. A metaphor used often by medical professionals in regard to making a diagnosis is: ‘If you hear hoofb eats

outside your window; chances are it is a horse and not a zeb ra.’ A deadly case of NF is often dismissed as the zebra, which should not be the case when faced with patients presenting with classic symptoms – pain out of proportion to the injury, fever, or severe flulike symptoms.”

What’s urgently needed is for the medical profession to develop and adopt a new standard of care for the life-threatening disease. This new standard of care could be based on a ground-breaking treatment described in a recent paper in the journal WOUNDS by Dr. John Crew, MD, FACS, Medical Director, and lead vascular surgeon at the San Francisco Center for Advanced Wound Care at Seton Medical Center in Daly City, California. The basic idea is to neutralize the toxins that eat away flesh by irrigating the wounds of necrotizing fasciitis patients with a substance called hypochlorous acid (HOCl), a natural chemical produced by white blood cells as a first defense against microbial invaders. Laboratory studies have shown that in addition to killing bacteria, hypochlorous acid neutralizes the toxins and appears to stop the spread of

the dying tissue. When used in combination with a common vacuum technique called negative pressure wound therapy, irrigation with HOCl has successfully saved the lives and limbs of every patient treated to date with the technique. “This approach could become the basis of a new, better standard of care,” said Roemmele.

ABOUT THE NATIONAL NECROTIZING FASCIITIS FOUNDATION

The National Necrotizing Fasciitis Foundation (NNFF) is a 501c3 non-profit organization established in 1997 by two survivors of the disease. Since that time, NNFF has evolved to become the world’s leading resource for information regarding necrotizing fasciitis, as well as repository of cases reported worldwide. Its mission is to educate for public awareness regarding recognition of symptoms and preventative measures; to advocate research; to offer resources; and to offer support for those affected by necrotizing fasciitis, so that it may help save lives. The two founders of the organization, Jacqueline A. Roemmele and Donna Batdorff, have a second edition of their top-selling non-fiction book “Surviving the Flesh-eating Bacteria” being released this summer. 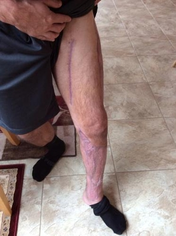 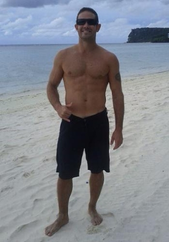 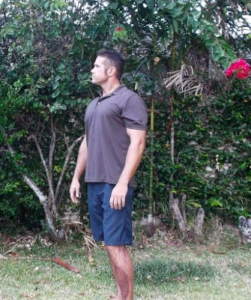